The name of the Society shall be The Brixton Society

The Society is established for the public benefit for the following purposes in the area outlined on the attached map, which area shall hereinafter be referred to as “the area of benefit”

(i)         To promote high standards of planning and architecture in or affecting the area of benefit.

(ii)        To educate the public in the geography, history, natural history and architecture of the area of benefit.

(iii)       To secure the preservation, protection, development and improvement of features of historic or public interest in the area of benefit.

In furtherance of the said purposes but not otherwise the Society through its Executive Committee shall have the following powers:-

(2)        To promote research into subjects directly connected with the objects of the Society and to publish the results of any such research.

(3)        To act as a co-ordinating body and to co-operate with the local authorities, planning committees, and all other statutory authorities, voluntary organisations, charities and persons having aims similar to those of the Society.

(4)        To promote or assist in promoting activities of a charitable nature throughout the area of benefit.

(6)        To make surveys and prepare maps and plans and collect information in relation to any place, erection or building of beauty or historic interest within the area of benefit.

(8)        To educate public opinion and to give advice and information.

(9)        To raise funds and to invite and receive contributions from any person or persons whatsoever by way of subscription, donation and otherwise; provided that the Society shall not undertake any permanent trading activities in raising funds for its primary purpose.

(10)      To acquire, by purchase, gift or otherwise, property whether subject to any special trust or not.

(11)      Subject to such consents as may be required by law, to sell, let, mortgage, dispose of, or turn to account, all or any of the property or funds of the Society as shall be necessary.

(12)      To do all such other lawful things, except borrow money or otherwise acquire debt, as are necessary for the attainment of the said purposes.

(13)      For the avoidance of doubt, whilst the Society may, in the furtherance of its objectives, lobby and otherwise engage with national and local governments, at all times it will be strictly non-party-political

The Society will uphold equal opportunities and work towards good relations amongst all members of the community, specifically prohibiting any conduct which discriminates or harasses on grounds of race, religion or belief, age, disability, sex or sexual orientation.

Membership shall be open to all who are interested in actively furthering the purposes of the Society. No member shall have power to vote at any meeting of Society if his or her subscription is in arrears at the time. Corporate members shall be such societies, associations, educational institutions or businesses as are interested in actively furthering the purposes of the Society. A corporate member shall appoint a representative to vote on its behalf at all meetings but before such representative exercises his or her right to vote the corporate member shall give particulars in writing to the Honorary Secretary of such representative. The subscription of a member joining the Society in the three months preceding 1st July in any year shall be regarded as covering membership for the Society’s year commencing on 1st July following the date of joining the Society.

The subscription shall be:-

Members living outside the United Kingdom               £8.00 plus the extra cost of postage of newsletters to the member

or such sums as the Executive Committee shall determine from time to time, and it shall be payable on or before 1st July each year. Membership shall lapse if the subscription is unpaid three months after it is due.

An Annual General Meeting shall be held in or about June of each year to receive the Executive Committee’s report and audited accounts and to elect Officers and Members of the Committee. The Committee shall decide when ordinary meetings of the Society shall be held.

Special General Meetings of the Society shall be held at the written request of fifteen or more members whose subscriptions are fully paid-up or at the behest of the Executive Committee.

10 members or 10% of the current membership, whichever is the less, personally present shall constitute a quorum for a Meeting of the Society.

The Committee shall give at least 21 days’ notice to members of all Meetings of the Society.

The Officers of the Society shall consist of:-

all of whom shall relinquish their office every year and shall be eligible for re-election at the Annual General Meeting. A President and Vice-Presidents may also be elected at a General Meeting of the Society, for periods to be decided at such a meeting. The Executive Committee shall have the power to fill casual vacancies occurring among the Officers of the Society.

It shall be the duty of every member who is in any way directly or indirectly interested financially or professionally in any item discussed at any meeting of the Society (including any meeting of any Committee or Sub-Committee) at which he or she may be present to declare such interest and he or she shall not discuss such item (except by invitation of the Chairman) or vote thereon.

11        EXPENSES OF ADMINISTRATION AND APPLICATIONS OF FUNDS

All moneys at any time belonging to the Society and not required for immediate application for its purposes shall be invested by the Executive Committee in or upon such investment, securities or property as it may think fit, subject nevertheless, where appropriate, to such authority, approval or consent by the Charity Commissioners as may for the time being be required by law or by the special trusts affecting any property in the hands of the Executive Committee.

The Executive Committee shall comply, where appropriate, with their legal obligations under the Charities Act 1993 (or any statutory re-enactment or modification of that Act) with regard to:

(1)        the keeping of accounting records for the Society

(2)        the preparation of the annual statements for the Society

(3)        the auditing and independent examination of the statements of account of the Society; and

(4)        the transmission of the statements of account of the Society to the Charity Commission.

The Executive Committee shall comply, where appropriate, with their legal obligations under the Charities Act 1993 (or any statutory re-enactment or modification of that Act) with regard to the preparation of an annual report and its transmission to the Charity Commission.

The Executive Committee shall comply, where appropriate, with their legal obligations under the Charities Act 1993 (or any statutory re-enactment or modification of that Act) with regard to the preparation of an annual return and its transmission to the Charity Commission.

This Constitution may be amended by a two-thirds majority of members present at an Annual General Meeting or Special General Meeting of the Society, provided that 28 days’ notice of the proposed amendment has been given to all members, and provided that nothing herein contained shall authorise any amendment the effect of which would be to cause the Society at any time to cease to be a charity in law, and provided further that no amendment shall be made to Clause 2, Clause 18 or this Clause until the approval in writing of the Charity Commissioners or other authority having charitable jurisdiction shall have been obtained. 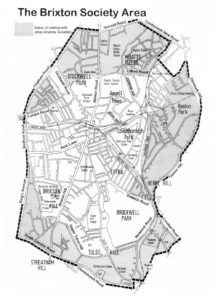